9 questions all managers should ask

Home/management/9 questions all managers should ask
Previous Next

Managers, have a tendency to be answer led. What that means is, we are constantly feeling under pressure to come up with solutions; to find the answers for people. Because of that we tend to be quite a directive, instructive manager, and to tell people what to do a lot. The risk of that is that we damage, jeopardize or don’t spend enough time building relationships.

In my view, and my experience, the best and simplest tool to help you as a manager build relationships is to ask more questions. Here are nine great questions I believe every manager should ask. Its not a question sequence, they are just conversation starters that will really open people up – and you may well be amazed with the results that you get from using them.

Here’s the first question, and it’s a classic:

What do you think?

All too often managers continue making statements and give instructions to people, and we don’t ask them their opinion. Yet, this simple question can really open up a broad conversation around ideas from your people. Take the time more often to just say to people “hey, what do you think”? Keep quiet and listen carefully to their responses.

How clear are you on what’s expected?

That may seem an obvious question, yet in his book ‘The 8th Principle’ Stephen Covey gave a great example of just how unclear people can be. He used data from thousands of employees in businesses large and small and linked the findings to a football (soccer) analogy. To cut a long story short, he was basically saying that if you applied the results to a football team over 80% of the team would be competing against their own side most of the time, rather than against the opposition. Fewer than 20% of the team would be clear on which was their own goal. You don’t want to fall into that trap with your people, so asking this question encourages people to express their understanding of your expectations and gives you the opportunity to correct any misunderstandings before it is too late.

As managers, our job is to create the space, the room for our people to succeed. Here are some questions that will help you in that endeavour. 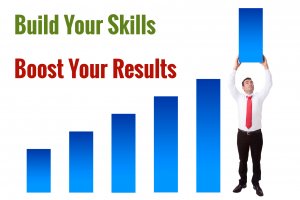 Where are the bottlenecks?

Where do systems and processes come together and create that bottleneck that stops things moving forward, and often frustrates your team.

It’s a simple enough question, but one as managers we don’t ask often enough of people, yet they know where the problems are within the system, within the process or within the service that we are offering.

How can I help?

Another obvious question, yet one we simple don’t ask enough. I reiterate; our role is to create the space for people to succeed and so removing these bottlenecks, and so removing these pinch points and dealing with the things that are frustrating your staff can be a real relationship builder as well as a productivity booster.

What change would you make to improve our service / product offering?

Our people are full of ideas. They experience our processes and systems and hear customer feedback every day, so seek their views on changes that will improve things. They won’t be short of them.

Questions are great relationship builders, and the final two questions can help you get feedback from your people about some of their deeper thoughts and feelings.

How appreciated are you?

This gets to the heart of employee engagement and very often people don’t feel that their manager appreciates the work and the efforts that people are putting in and we don’t always take the time and trouble to find that out.

How is everything going?

Sometimes, a very general question like this can start a conversation that unearths deeper and more meaningful issues that are troubling people. You don’t always have to go straight to the issue. Sometimes a fairly casual, almost conversational question can work extremely well. As always with questions, you need to listen carefully to the responses and manage the conversation accordingly.

So those are nine, apparently simple example questions, that I believe asked regularly will help build stronger relationships and boost performance and productivity

Thank You For Sharing This Story, Choose Your Platforms!

This site uses Akismet to reduce spam. Learn how your comment data is processed.